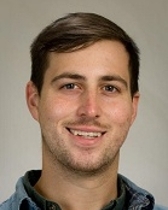 Arbuscular mycorrhizal fungi (AMF) are ubiquitous in soil ecosystems and form obligate symbiotic relationships with the majority of vascular plants. These fungi provide host plants with greater access to macronutrients, as well as enhanced drought tolerance and disease resistance. In addition to plant benefits, the abundance of AMF and their hyphae in the rhizosphere are indicators of soil quality. Fungal hyphae build soil aggregates, which strengthen the soil’s structure and enable long-term storage of soil organic carbon (SOC) – the most essential component of soil quality. While the importance of AM colonization to vascular plants, SOC sequestration and soil quality is widely recognized, knowledge gaps remain as to whether this symbiosis translates to similar benefits in agroecosystems. In fact, prior research has shown the abundance and diversity of AMF are limited in agroecosystems compared to natural systems. On the other hand, flawed methodology may overstate the role of AMF in agroecosystems. Here, we see the need to accurately measure of the size and structure of AMF communities in agroecosystems to better understand their role in soil health. My proposed research will use novel genetic methodology to quantify the abundance and genetic diversity of AMF among several crop systems to further investigate the nexus between AMF and agronomic success. Root samples will be taken from the following cropping systems at the Wisconsin Integrated Cropping Systems Trial: conventional continuous corn, organic corn-oat/alfalfa-alfalfa and perennial pasture. Root colonization by AMF will be quantified using a traditional microscopy-based method as well as a novel relative qPCR approach (Bodenhausen et al., 2019), which amplifies fungal sequences by binding to the 18S rRNA gene. 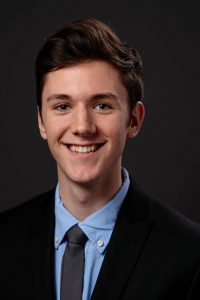 Cyanobacteria, commonly known as “blue-green algae,” are a phylum of bacteria that produce toxic or otherwise bioactive peptides that can affect the brain, liver, and skin of humans and animals. Rapid growth of Cyanobacteria in water bodies—known as “blooms”—affect the health and recreation of many nutrient-rich lakes, including Lake Mendota (Madison, WI). However, little is known about the ecological reason for cyanotoxin production, and the definition of a bloom remains vague. Water quality managers often estimate lake toxicity based on samples collected during visually apparent blooms. Although Cyanobacteria are known to adjust their buoyancy and migrate vertically through the water column to access sunlight at the surface and nutrients at lower depths, preliminary data from a single day of depth-discrete samples (8/30/13) in Lake Mendota revealed that cyanotoxin composition and concentration varied with depth, suggesting that toxic blooms may persist out of sight. My goal is to understand how Cyanobacteria and cyanotoxins are vertically distributed to determine if toxic blooms persist past when they are visible on the surface. I propose to supplement a historical time series with depth-discrete sampling and fluorescence measurements during summer 2021 because the time series lacks detail about Cyanobacteria and cyanotoxins throughout the water column. I will examine toxic bloom behavior by measuring in situ fluorescence twice-weekly, sequencing the cyanobacterial community of depth-discrete samples during and after visible blooms, and quantitating cyanotoxin concentrations throughout the ice-off season. These measurements and samples will be supplemented by an automated fluorescence profiler to measure vertical migration of Cyanobacteria at finer time scales. This research will provide a more comprehensive understanding of how toxic cyanobacterial blooms persist through vertical migration in eutrophic lakes. 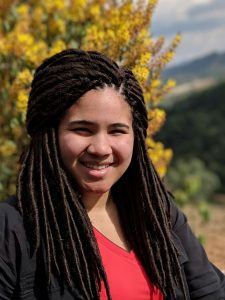 The soilborne plant pathogen Ralstonia solanacearum (Rs) causes lethal bacterial wilt disease (BWD) by colonizing water-transporting xylem vessels. Rs reduces crop yields at every level of production from small-to large-scale farming operations, affecting over 200 plant species, including tomato. Planting resistant crop varieties is the optimal way to control plant diseases, and most BWD resistance in tomato derives from breeding line H7996. This resistance is conferred by several quantitative trait loci and the underlying mechanism(s) are not understood. Moreover, some Rs strains can overcomeH7996 resistance, increasing our need to understand this form of resistance. Tomato xylem sap is relatively low in nutrients, and Rs grew equally poorly in sap harvested from either wilt-susceptible or wilt-resistant tomatoes. However, sap collected from wilt-susceptible tomato plants that were infected with Rs supported better bacterial growth than sap from uninfected plants, suggesting this pathogen manipulates the plant to improve its xylem habitat. Concentrating sap from infected plants made it an even better bacterial growth medium, suggesting this effect was caused by increased nutrients rather than reduced toxicity. Interestingly, Rs infection had the opposite effect on sap from BWD-resistant plants; Rs grew less in sap from infected H7996 tomato than in sap from healthy H7996 plants, and concentrating this sap rendered it even more inhibitory to bacterial growth. We hypothesize that xylem sap from BWD-resistant plants restricts Rs virulence by chemically inhibiting pathogen growth, not by carbon starvation. To test this hypothesis, we are characterizing compounds found in H7996 xylem sap & root exudates that contribute to BWD resistance. These findings will further our understanding of how this devastating plant pathogen succeeds or fails in the harsh host xylem & root environment. 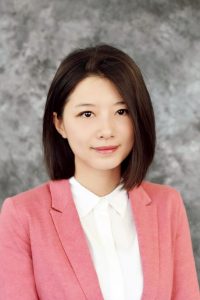 Polystyrene (PS) is persistent in the environment and can undergo gradual fragmentation into microplastics or even nanoplastics, posing a potential risk to the environment and humans. Approaches are needed to recycle PS. A study in the literature has successfully conducted the bioconversion of thermal oxidation-treated PS to PHAs. However, using this chemical pretreatment needs higher energy consumption and produces potentially toxic chemicals. We propose a novel approach using enzymatic treated PS to conduct the biotransformation of PHAs. Enzymatic treatment avoids the disadvantages of chemical treatment and could be effective at low enzyme concentrations. Although the literature reports showed PS degradation to lower molecular weight by hydroquinone peroxidase from Azotobacter beijerinckii, the characterization of these smaller compounds was missing. Likewise, knowledge gaps persist as to the mechanisms of the biodegradation pathway of PS in situ or in vitro. Based on our previous analysis that either the β-carbon of the chain or the aromatic ring may be attacked by potential PS-degrading enzymes, known styrene degradation pathway, and the pathways utilized by our PHA-producing strains, we hypothesize that small molecule compounds from the enzymatic treatment of PS have the aromatic structure and can be consumed by PHA-producing bacteria to generate this class of bioplastics. This proposal will seek to address knowledge gaps in the mechanisms of PS biodegradation and develop a two-step biotechnological and eco-friendly process to convert waste PS into a useful commodity. 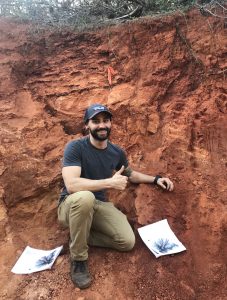 Microbial metabolism and survival are highly sensitive to fluctuations in water and nutrient availability, so disturbance-mediated changes to the soil environment and plant diversity could alter the prevalence and distribution of microbial functional groups, ultimately affecting plant-microbe interactions and ecosystem functions. Surprisingly, we do not fully understand how plant diversity affects microbially-mediated ecosystem functions in soil, particularly the effects of intraspecific diversity (i.e., genetic diversity within a species). Some previous work suggests increases to plant intraspecific diversity can have synergistic effects on some ecosystem processes, but these relationships remain largely unexplored. Trembling aspen (Populus tremuloides) is one of the most genetically variable plant species known to science, making it a model system for investigating how intraspecific diversity affects plant-microbial interactions. Additionally, disturbance-mediated changes to forest ecosystem intraspecific diversity could alter the chemistry of plant litter inputs entering the soil, and ultimately affect litter decomposition dynamics by changing microbial decomposer community composition. Previous work shows that while disturbance does affect the occurrence of certain microbial taxa, it can also alter ecological interactions between taxa, potentially having long-term consequences on microbial community composition.

The objective of my research is to monitor (1) changes in bacterial decomposer communities using 16S amplicon sequencing and (2) interactions between bacterial taxa using co-occurrence network analysis during an 18-month litter decomposition experiment. My experiment will be conducted at the UW-Madison Arlington Agricultural Research Station in disturbed and undisturbed trembling aspen stands, each consisting of 14 aspen genotypes. Half of these stands were heavily thinned in 2011 to mimic an intermediate disturbance event that has since resulted in differing combinations of genotype dominance among the stands. This litter decomposition experiment, where litter produced within each stand is placed back into its stand of origin, will reveal the effects of litter chemistry (driven by differences in stand-level intraspecific diversity) and disturbance history on the composition of bacterial litter decomposer communities. This work will be paired with other measurements to monitor changes in litter decay rates, litter chemistry, and microbial activity over time and is part of a larger collaborative project that includes UW-Madison undergraduates and scientists in the Departments of Geography, Microbiology, Entomology, and Forestry and Wildlife Ecology. 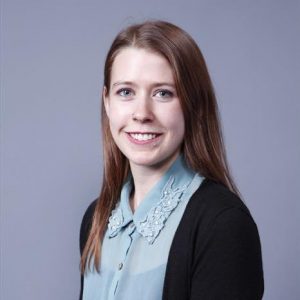 To feed a growing population using less synthetic fertilizer, we need to improve microbial associative nitrogen fixation in the maize rhizosphere. Inoculating the rhizosphere with consortia of diazotrophic microbes may have additive benefits for plant growth and health. Recently, a group described a host-selected, self-assembled seven-member bacterial community on maize roots1. This Original 7 (O7) consortium, comprised of Enterobacter cloacae, Pseudomonas putida, Stenotrophomonas maltophilia, Ochrobacterum pituitosum, Curtobacterium pusillum, Chryseobacterium indologenes, and Herbaspirillum frisingense, had replicable growth dynamics on maize seedlings and successfully inhibited fungal infection. However, this study was performed under laboratory conditions and did not explore why maize consistently recruits these seven strains or why E. cloacae is the keystone species. Further, they did not screen this community for diazotrophs or measure its contribution to nitrogen fixation.

Ultimately, we want to improve maize nitrogen fixation and growth through rhizosphere inoculation with simplified, representative microbial communities. We propose adding new diazotrophic strains to the O7 maize rhizosphere community identified by Niu et. al and observing 1) how the original strains may promote or compete with diazotrophs and 2) how the new and old communities contribute to maize nitrogen fixation and growth. The strains we will add, Azospirillum brasilense and Azotobacter vinelandii, and their equivalent ammonia overexcretion mutants, are model bacterial strains for associative nitrogen fixation and are commonly used field inoculants. If the O7 community accepts and promotes the activity of diazotrophic bacteria and provides a substantial amount of nitrogen to maize more than single strain inoculants, it could be developed into a potent field inoculant.