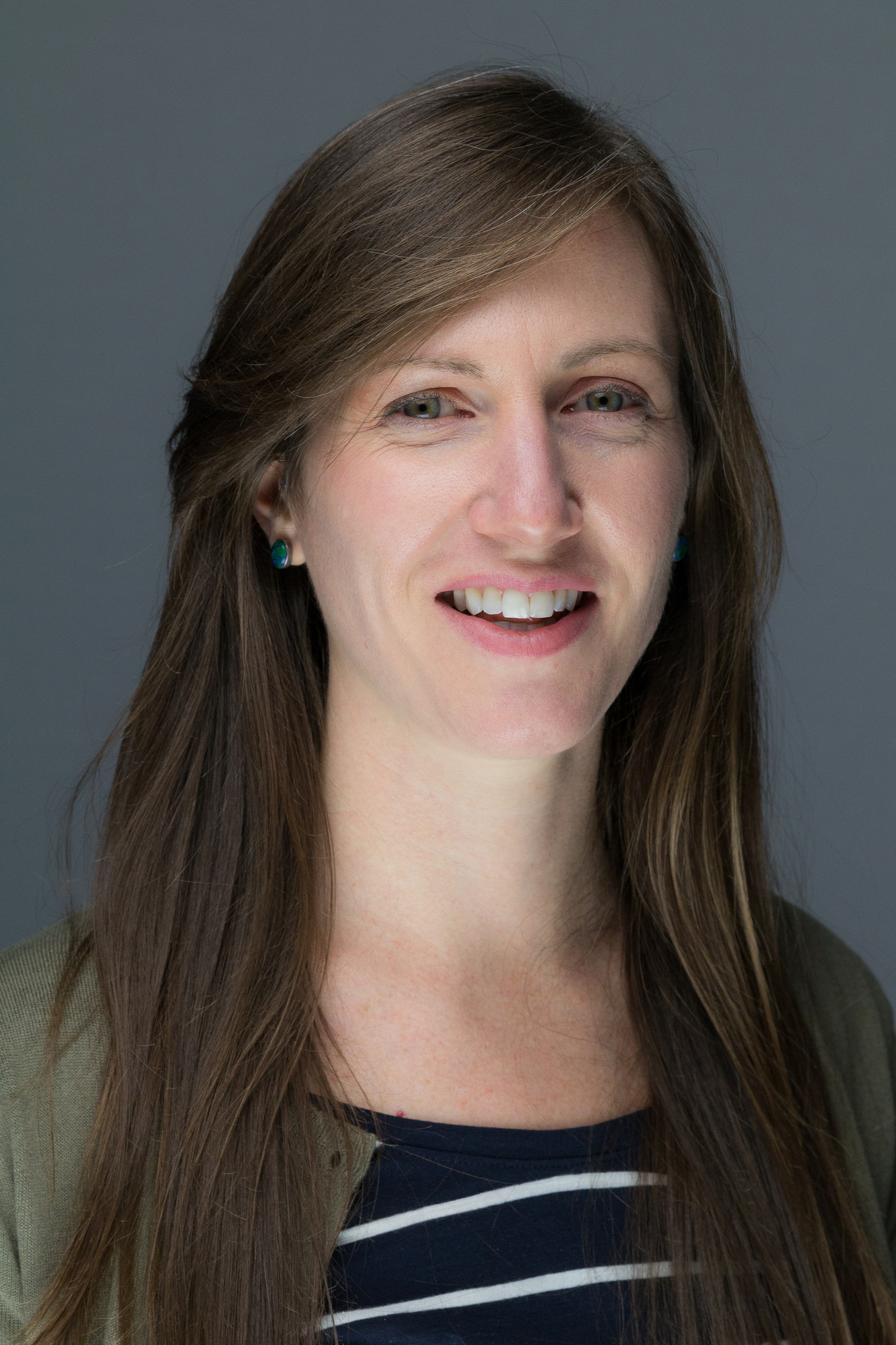 The confluence of agricultural soil health and carbon sequestration research attracts a wide audience, with soil microbial activity defining the juncture. This project will explore how the soil health-promoting practice of cover cropping influences carbon storage in a long-term continuous silage corn (Zea mays) trial in Wisconsin. Cover cropping increases primary productivity including root production, as is realized by increased microbial activity and soil organic matter. However, it is unclear if this results in long-term carbon sequestration, especially because previous research suggests that the addition of a cover crop does not overcome the substantial net carbon balance deficit resulting from silage harvest, which leases little plant residue in the field. Research indicates that microbial activity is a driver of soil organic matter stabilization through contributions of refractory cellular components that preferentially accumulate in soil compared to non-microbially sourced carbon. By increasing the length of growing season and carbon inputs with cover cropping, we might also stimulate microbial communities to increase conversion of carbon into recalcitrant forms. Amino sugar residue in soil is a biomarker for microbially-derived soil organic matter shown to respond to biotic and abiotic factors. Enrichment of amino sugars demonstrates increased soil organic matter processing by microbes and represents a refractory carbon that is less susceptible to degradation. Measuring the amino sugars muramic acid (specific to bacteria) and glucosamine (known ratio in fungi) enables partitioning of the microbial origin of soil carbon. Further, organic matter derived from is considered more recalcitrant and indicates other enhanced mechanisms of soil carbon protection such as aggregation. The proposed research will measure enrichment of amino sugar residues under winter rye (Secale cereale) as both a cover crop and a forage double crop to determine if carbon, though not increasing in soil, is being processed into a more refractory form by the microbial community under long-term cover cropping in Arlington, WI. We hypothesize that measurement of specific amino sugar biomarkers will demonstrate an enrichment of refractory microbially-derived organic matter in the winter rye treatments and that the proportion of amino sugar residues derived from fungi in the cover crop treatments will suggest the carbon is more stable and therefore demonstrates potential to mitigate some of the drastic losses associated with silage corn harvest. Literature suggests potential for carbon loss mitigation with cover crops, and this research aims to elucidate a mechanism by which cover cropping may stimulate the microbial community such that soil carbon is increasingly refractory. Results will be disseminated to farmers, crop advisors, and in academia, in addition to contributing an agronomic story to the breadth of environmental research presented at next year’s Soil and Environmental Microbiology Symposium.

Sulfur is a vital nutrient for all known forms of cellular life and is ubiquitous across environments. The recent discovery of auxiliary metabolic genes (AMGs) on bacteriophages has shaped intrigue on their specific roles and contributions to nutrient cycling. Here we will study the abundance and impact of the phage AMG cysteine synthase (cysK) for assimilatory metabolism of hydrogen sulfide within Lake Mendota, WI. This work will involve environmental isolation and cultivation of phages encoding cysKand their prokaryotic hosts for in depth characterization of phage AMG impact on hydrogen sulfide flux in the system. This will be done using cultivation dependent host-phage experiments that will be informed by genome-resolved metagenomics. I hypothesize that these phages induce translation of cysKduring infection and utilize the generated energy for viral assembly, propagation, and/or host manipulation thereby providing significant fitness advantages to the phage. 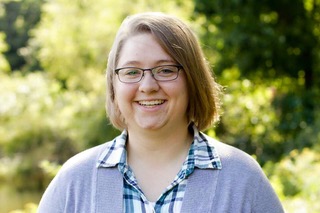 Mercury (Hg) is a contaminant of concern in the St. Louis River Estuary where elevated concentrations of Hg and methylmercury (MeHg) exist in sediments and fish. Previous research in this area found that concentrations of Hg in sediments are far greater in the estuary than the upstream river. Within the estuary there seem to be “hotspots” of MeHg production in the sediment that are often linked to specific geochemical conditions, such as high concentration of organic matter. The work proposed here seeks to investigate the link between geochemistry and Hg methylation by microbes in the estuary sediments using sequential chemical extractions, organic matter characterization, and 16S sequencing. This work will inform ongoing restoration efforts in the St. Louis River Estuary. 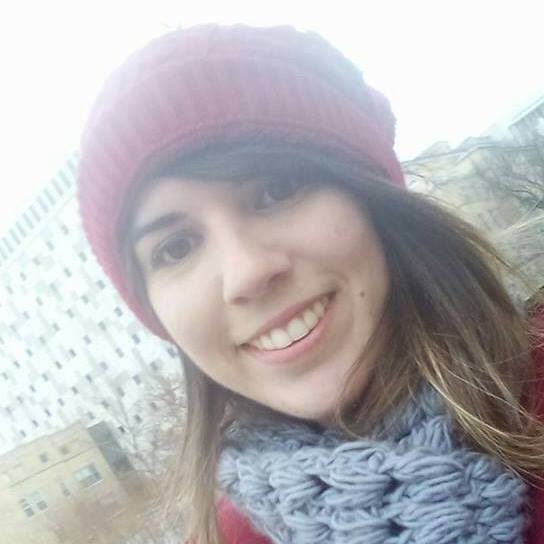 The United States contains 50 million acres of managed turfgrass. In order to maintain this turfgrass acreage, approximately 30 million kilograms of pesticides are applied to urban landscapes, representing more than 20% of the total pesticide usage in the U.S. The herbicide, 2,4-dichlorophenoxyacetic acid (2,4-D) is among the most commonly used pesticide for turfgrass management in urban landscapes. Although the fate and breakdown of 2,4-D has been well documented, assessments of its transformation products (TPs) under the varying temperatures that turfgrass pesticides are typically applied are yet to be elucidated. Thus there is increasing concern surrounding pesticide application in turfgrass management, where breakdown products may exhibit higher toxicity than the parent compound. Biotic mechanisms are considered to be the primary force of pesticide degradation within soil ecosystems and can be largely influenced by a broad range of environmental factors. Specifically, temperature variations are a central environmental factor that directly influences the soil microbiome structure and activity which may indirectly alter pesticide degradation networks and in the formation of multiple TPs with varying toxicological effects. Although US EPA recommends pesticide laboratory fate assessments be conducted at 20°C ± 2°C, field applications are made in ranges well outside of 20°C. Within this context, there is limited knowledge regarding pesticide-microbe interactions and their chosen degradation pathways under the varying temperatures that many turfgrass pesticides are typically applied. In this study, we investigated the formation of 2,4-D metabolites under seasonal temperature fluctuations and evaluated how these variations influence microbial-pesticide interactions. To do this, multiresidue Quick, Easy, Cheap, Effective, Rugged, and Safe (QuEChERS) solid-phase extraction methods and electrospray ionization Liquid Chromatography/Mass Spectrometry analytical protocols were developed for the detection of 2,4-D and its respective TPs in turfgrass soil samples. Growth chamber and annual field studies were performed and subjected to developed protocols. TP formation in response to seasonal turfgrass-associated microbial community changes was also assessed through microbiome analysis and targeting the 2,4-D degrading gene, TfdA, commonly found in soil bacteria.

Over millions of years terrestrial plants have co-evolved with their root associated (i.e. rhizosphere) microbes to overcome challenges, relying on them for non-innate immunity, stress tolerance, and nutrient acquisition. Moreover, host phylogeny is correlated with microbial community dissimilarity in the rhizosphere (Bouffaud et al. 2014). Even at a cultivar level, more similar hosts had more comparable microbiota in the rhizosphere. (Peiffer et al. 2013; Bulgarelli et al., 2015). This establishes that there is some degree of host determination in the assembly and composition of microbial communities. Using a multi-selection event approach, we will select for microbial communities that are both detrimental and beneficial for biomass and tuber yield amongst landraces (Andigenum and Chiletanum) and modern potatoes. From these selected microbial communities using amplicon sequencing, we can identify the potential functional microbial groups tied to biomass and tuber yield amongst different potato genotypes. Doing so, I will be able to answer what constitutes a beneficial/detrimental microbial community for S. tuberosum in terms of biomass and yield, and how host specific are these microbial community effects. Furthermore, I am developing a toy circuitry set to teach microbial networks. It is shown as a successful hands-on learning tool, and in my case I will draw on this concept of systems and networks for electrical circuits as an easily understandable metaphor for microbial ecology. 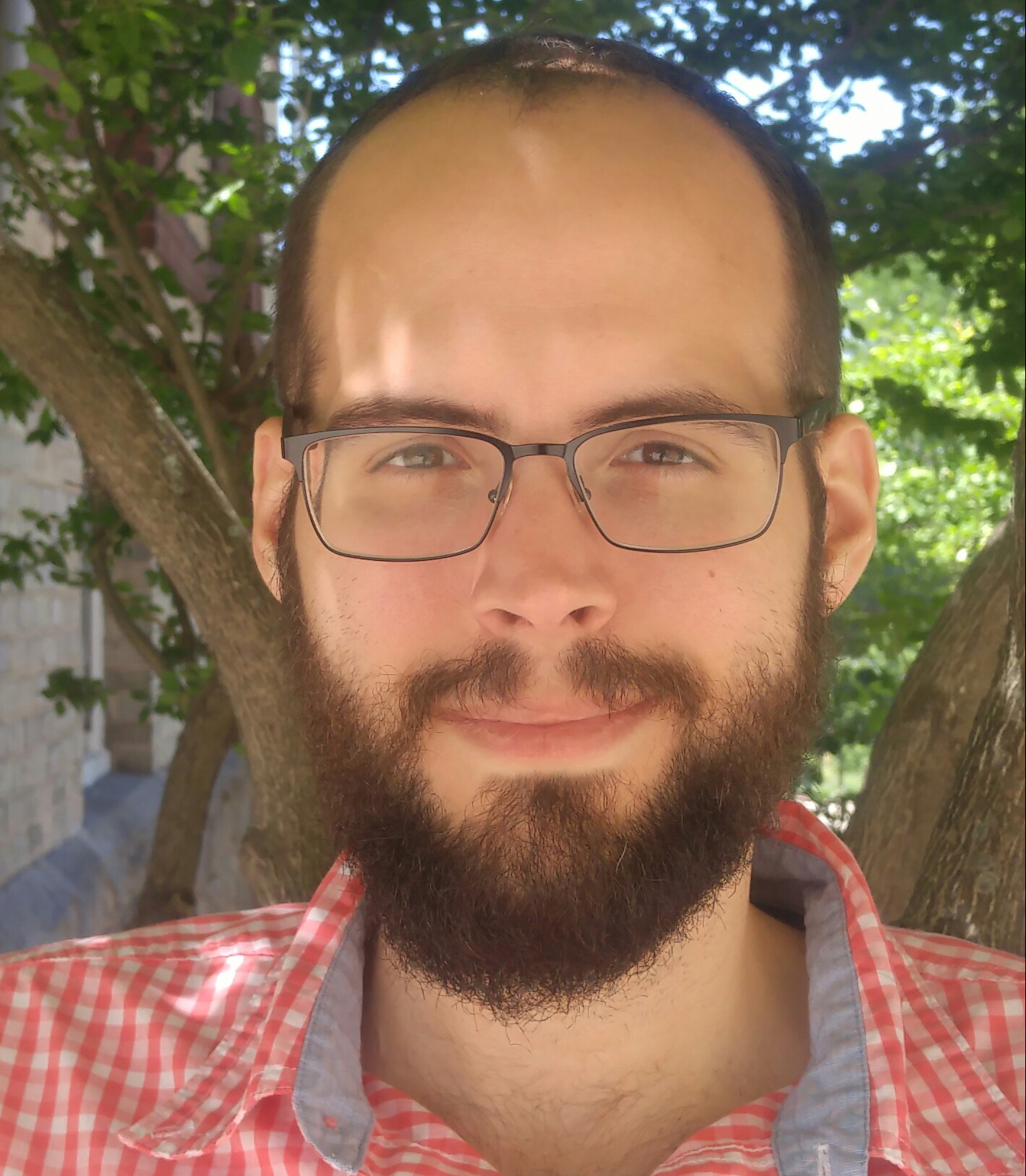 Despite advances in high-throughput sequencing the isolation and cultivation of microorganisms still plays a vital role in the field of microbial ecology. A major difficulty inherent in cultivation studies is the “great plate count anomaly”, the observation that only a small fraction of microorganisms present in an environmental sample can be maintained as pure cultures in the laboratory; this is especially problematic for soils, where less than 1% of microbes can be cultivated. In many cases, environmental microorganisms that are initially cultivable revert over time to a viable but non-culturable (VBNC) state, where they remain inactive until conditions are more favorable for growth.

The most commonly used approach to develop microbial cultures is to systematically plate them on several differently supplemented growth media to determine the conditions that are necessary to maintain the isolate in stable long-term cultures. Unfortunately, applying this approach to the hundreds of bacterial colonies isolated in an experiment is incredibly time consuming and costly. Instead, I propose to use a streamlined approach that combines replica plating, plate-wash PCR, and high-throughput sequencing to simultaneously test the nutrient requirements of dozens of bacterial isolates at a time. This approach will allow for the rapid determination of the specific chemical factors in a growth medium that are necessary to prevent the reversion soil microorganism to a VBNC stateand to determine whether this state can be readily reversed to allow for the recovery of “lost” laboratory cultures.

Soil microbial ecology is critical to the maintenance of soil health due to contributions of soil microbes to soil structure, decomposition of organic matter, toxin removal, and the biogeochemical cycling of carbon. Hence, understanding soil microbial ecology is important to restore and sustain the ecosystems. Our project aims at using a more nuanced approach to understanding the relationship between soil organic carbon (SOC) and microbial community structure and functions in the Central Sand Plains of Wisconsin where the soils have not been extensively studied thus far. The study will also focus on understanding the relationship between soil microbes and different chemical C fractions classified based on extractability of C in soil. Soilpitsunderdifferentlanduses(agricultureand forest;establishedpriorto1998)willbedug at a farm in Adams County in the Central Sand Plains of Wisconsin and soil samples will be collected and analyzed for properties like texture, pH, total elemental composition, water retention, microbial community composition and the carbon fractions including, cold-water, hot-water and acid extractable carbon fractions, dissolved organic C (DOC), particulate organic C (POC), and microbial biomass C (MBC). Through this project, we hope to contribute to our understanding of how different land use systems in sandy soils influence various soil properties and soil organic carbon and consequently how these changing factors affect the microbial community structure.

Fungal pathogens are responsible for several emerging disease threats to wildlife. For example, chytrid fungi belonging to the genus Batrachochytridium have decimated amphibian populations across the globe. Additionally, recent decades have seen the emergence of two other pathogenic fungi which are devastating bat and snake populations throughout North America. White-nose syndrome (WNS) is caused by the fungus Pseudogymnoascus desctructans (Pd) and is responsible for alarming declines in several bat species across much of North American continent. Snake fungal disease (SFD) is caused by Ophidiomyces ophiodiicola (Oo) and causes disfiguration and mortality in a number of snake species in the eastern USA.

As well as living on or within their hosts, evidence suggests that both of these fungal pathogens can persist in the environment, particularly in soil-like sediments. Such environmental pathogen reservoirs can make managing an emerging disease extremely difficult, however, the implications for host-pathogen dynamics are also cause for grave concern. The transmission of pathogens which are capable of establishing environmental reservoirs is no longer moderated by the density of their host population. This means that such pathogens are able to continue to impact their hosts even after initial population crashes and are therefore far more likely to drive their hosts to local extinction. Reducing the ability of both Pd and Oo to persist in environmental reservoirs is therefore critical to efforts to conserve the species impacted by WNS and SFD.

Microbial communities present in soils are well known to negatively influence the proliferation and persistence of fungal plant pathogens. Additionally, recent studies have shown that certain commensal skin bacteria play a large part in the ability of some amphibian species to survive exposure to chytrid fungi. Despite this knowledge, the ability of microbial communities to suppress the environmental reservoirs of fungi which are pathogenic to animals has received remarkably little research attention.